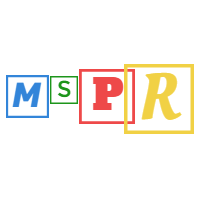 We have introduced an incremental non-negative matrix factorization (INMF) scheme in order to overcome the difficulties that the conventional NMF has in online processing of large data sets. Unlike the conventional NMF, with its incremental nature and weighted cost function, the introduced INMF successfully utilizes adaptability to dynamic content changes with a low computational complexity.

The proposed scheme updates former representations by adding the effect of each new sample to the factorization incrementally, while the weighted cost function enablescontrolling the memorylessness of the factorizations. We have shown that the introduced subspace learning schemeis capable of imposing sparseness and smoothness to the factorization with the help of extra cost terms. Test results verify the INMF’s efficiency in dimension reduction and success in online factorization of large data sets.

Conventionally, a quantitative measure of the dynamic content representation capability is the reconstruction error between the original frame and its reconstruction. It is expected to obtain a significant increase in the error if there is a change in the scene while the error converges to zero for the background frames. Of course this is true under the assumption that the representation of background is satisfactory.

Test results are reported to compare background modeling performances of batch-mode and incremental NMF in video surveillance. Moreover, test results obtained by the incremental PCA are also given for comparison purposes. It is shown that INMF outperforms the conventional batch-mode NMF in all aspects of dynamic background modeling. Although object tracking performance of INMF and the incremental PCA are comparable, INMF is much more robust to illumination changes.

Aim of the video scene change detection task is to be able to detect the frames where scene changes take place. These scene changes can be classified as “cuts” and “gradual changes.” Clean cuts are sudden changes between the scenes. In contrast, gradual changes, i.e., fade in/out, dissolve, wipe, etc., are generally longer and can be defined as continuous transitions between two different video scenes. Obviously, detection of the gradual changes is a more difficult task. Another difficulty in this task is avoiding false alarms which are likely to be caused by camera and object movements or lighting variations.

Tests are carried out on over 130000 (%24 of all the transitions were gradual) frames from the video clips recorded in TRECVID database. In order to reduce computational complexity, the INMF has been performed on the DC images of each frame.  Video scene change detection performance of the INMF is evaluated in terms of two criteria: “precision” and “recall”. Precision is defined as the ratio of correct matches to the total number of transitions reported. On the other hand, recall is the number of correct matches divided by the total number of actual transitions in the video sequence. Hence, precision gives clue about the system’s false positive performance whereas recall is related to false negative ratio. As it is shown in Table 1, the number of false alarms is small, detection rates for both gradual transitions and cuts are high imposing that the INMF is a promising tool in content analysis.

It is concluded that the introduced incremental non-negative matrix factorization, with its ability to adapt the conventional NMF’s useful features to its incremental nature, is an efficient tool for modelling dynamic content in video applications.  Currently we are working on derivation of sparse INMF which could be more beneficial to have more localized, parts-based representations to increase robustness to lighting variations and motion.

It has been shown that (Ding & Li, 2006) non-negative matrix factorization is related to K-means clustering. After investigating this relationship and extending it to the incremental non-negative matrix factorization (INMF) scheme, we aim to implement the clustering ability of NMF on video content representation task. Formerly, we have been using reconstructing performance as a criterion in detecting scene changes for video content representation tasks. We now investigate whether the performance of the INMF in this task could be improved by adding and using its clustering feature. Our aim is to include the performance criteria  used in clustering tasks into our project in order to obtain better decision criteria for scene change detection and key frame selection tasks.

Clustering approach of NMF could also be useful in understanding the nature of NMF. Our recent experiments have shown that rank selection, clustering and sparseness are related in NMF implementations. Examining clustering performance of the representations could be useful in determining the optimal rank. Hence, we are currently investigating the relationship between rank and clustering, and working on finding optimal rank selection scheme based on clustering performance criteria.